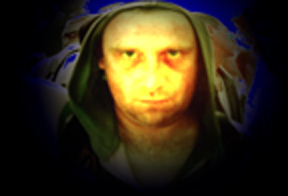 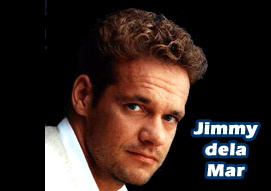 in the former west sector of Berlin and performed four years of a mixture of Pop and cultured underground music. From a combination of their own soft melodies, Rock, Funk, Wave and Ska they produced their own style, with lyrics in German, English and Italian.

In March 1983 Ziegenhagen [“I can’t work like that”) joined and together with Glenn and Jimmy developed the heart of the band. 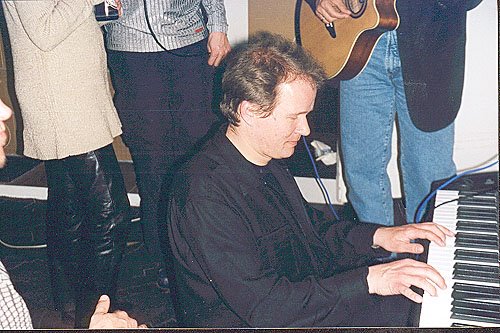 The summer of that year two attractive ladies, Kerstin [“Ägypten”] and Annabell [Biggi] completed the line-up. 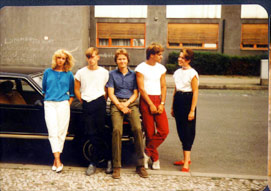 The first recordings in August ’83 were scarcely recognized.

In autumn, that year, Kerstin’s brother Butz [Thorsten – the younger] (Keyb, Perc) became another member of the group.

During this time the band produced “Tour de Paris” and “Im Augenblick: Naiv” which they considered classics. 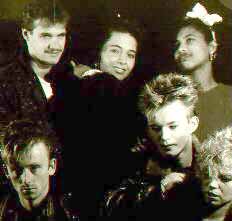 At the turn of the year Annabell decided to leave the band.

The first months of 1984, which should become one of the most successful periods for G.C, were not worth mentioning.

In early summer there was a revival to the group with the addition of Lunte [Detlef] (Dr) and Dagi (Dagmar] (Voc). Lunte’s strong drumming and Dagi’s seductive manner, charming voice and beauty lead (moved?) the band into a new direction. 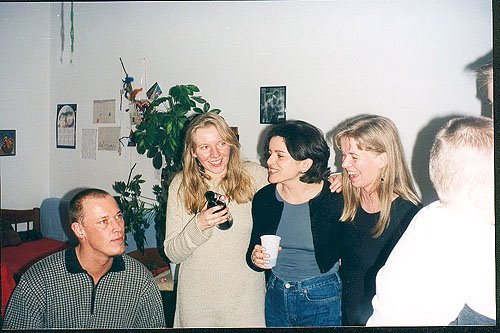 Since then Glenn specialized in lead vocals and keyboards. In July and August GC produced their two most popular tapes: “4891” and “La Balance”, finally in September ’84 they started doing live performances.

Late summer Sister Jane [“Miss Germany”] (Voc) the sister of Butz and Kerstin was integrated into the group. 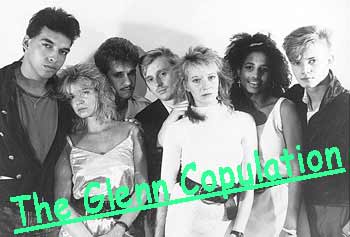 Although the band could be convincing in studio as well as on stage, its main problem still was the constantly changing band members.

In winter 84’/85’ Lunte and Dagi left G.C. Also Ziegenhagen, despite the success dissatisfied with the situation and turned his back on the band at the beginning of 1985. During this time the season musician Joe [Voss- “he sleeps with his guitar”] became the latest member of the band. 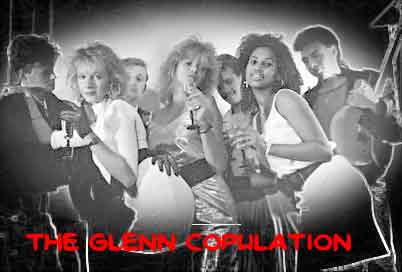 In February the band made their first “real” studio recordings. The technical and financial costs were enormous. The financier was a shady business man with a curious background that Jimmy met whilst enjoying the easy life. The financial backer was found shot in a Thailand rice field. After coverage of the story in the media, meant that G.C had to stop production of their music and with the material they had in hand had to search for a new recording company. Lengthy discussions with a company collapsed shortly before signing a contract because of the incompetence of the band’s lawyer who was introduced to the group by the financier’s widow. (Quotation-lawyer after a three hour discussion about the “Nuclear Party” Masterband: “I understand everything, just one question: 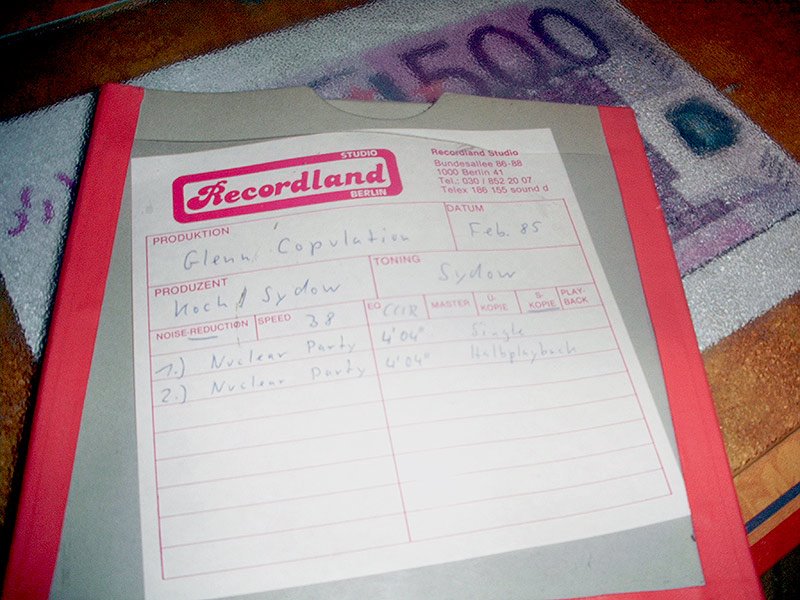 However, the band booked in the second half of ’85 a positive balance because of good management resulting in some television appearances. The most important of these appearances were with “Music Box”, the “International Funkausstellung ’85 and the opening of cable television at Berlin’s Breitscheidplatz.

At this time Kerstin quit the band so she could have more time for her private life. She often returned as a very welcome guest.

She was replaced by the singer Essie Ames [Adrianna-“the model”] (Voc), from then on her strong, soul-like vocals and overwhelming attractiveness gave the band a deciding trademark. 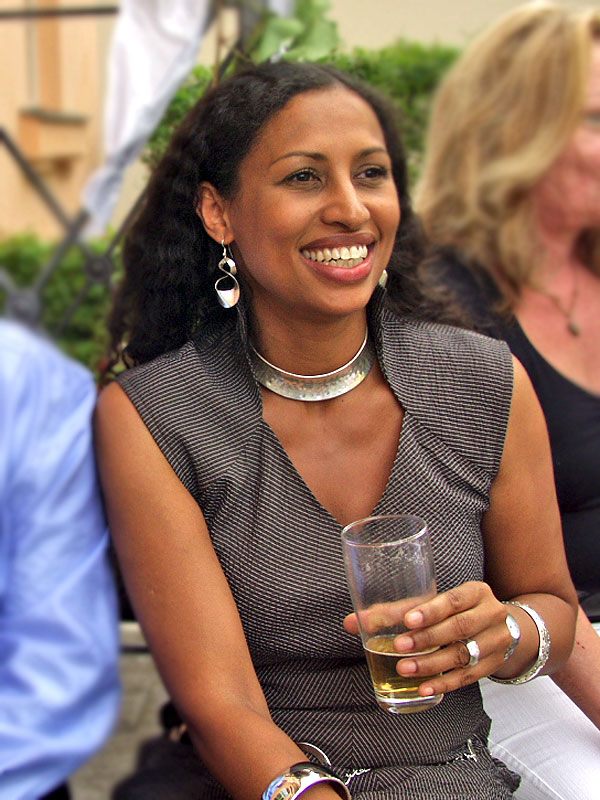 In the new year of 1986 GC was finally standing on solid ground. With Glenn, Jimmy, Ziegenhagen, Essie Ames, Joe, Sister Jane and Butz a new sound was developed that in comparison to the further one was rarely played due to a lack of experiences, now it is more straight cut and electronic.

A deciding factor was the unavailability of the practice room which for many groups was a catastrophe. Glenn did not have the possibility to get back behind the drums. What remained was the work with rhythmic instruments (TR 707 and 808 from Roland).

Furthermore, Joe contributed with his varying guitar playing to the new impression. Legendary trials took place in the small studio in Silbersteinstraße, sometimes with subtropical temperatures (7 musicians in 4 cM).

On the 9 May 1986 GC gave their last concert. Shortly after, the live recording was put on the market under the title “LIVE/Sweet machine”, without great success.

The rest of the year was not eventful except for casual recording sessions (although Dagi, Jimmy and Glenn made the special achievement of producing the song “Du bist zurück” for the Grand Prix Eurovision).

1987 also started quiet and unspectacular. Although the band, under the leadership of Glenn, was busy in the studio producing songs like “Sex Rebellion” or “Eyes Like Fire” but they were only attracted to a minimized public.

This brought GC unexpected problems. The management of the active company “Music Factory” who normally stood behind their troops, got the impression that not all band members were giving their utmost in contributions to the band goals. This situation brought about in July 1987 an internal decision that “Music Factory “ of the GC, indicated unless all members were not pulling together by October , further collaboration would not be possible.

The band with the crew of Glenn, Jimmy and Ziegenhagen recorded the successful composition “Der Ulla-Boogie”, a soccer club song, an idea from Jimmy – that was their last activity.

The resulting consequence was that GC in October 1987 quietly and secretively slowly sank and disappeared. The individual band members were already going their way…. 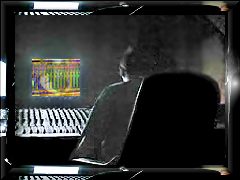 1997 Glenn and Jimmy dela Mar independently came to the decision to waken the legend get it fit for the next millennium. 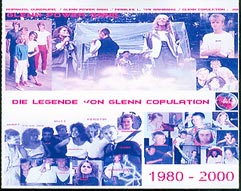